A person can be arrested for the violation of any criminal law. Criminal laws are classified as felonies, misdemeanors or infractions.

1. A felony is a serious crime such as murder, burglary and many drug related charges. If found guilty of a felony you can be ordered to pay a fine, sentenced to prison or, in the case of capital murder, sentenced to death.

2. A misdemeanor is any crime not classified as a felony such as simple assault, driving under the influence or minor drug offenses. If found guilty of a misdemeanor you can be ordered to pay a fine or sentenced to jail.

3. An infraction is a violation of any ordinance or regulation such as traffic rules. Conviction of an infraction usually requires that a fine be paid.

An arrest is the actual restraint of an individual or an individual’s submission to the custody of a law enforecement officer. Once you are arrested you are taken to a police station where your charge is entered. Just because you are arrested does not mean you lose your rights. The United States Constitution gives you the right to remain silent which means you do not need to answer any questions or sign any statements. you also have the right to an attorney to be present at all times.

After you are arrested you have the right to a prompt bond hearing. bail is the posting of money, property or other security to insure that you will appear in court when scheduled. in determining the amount of your bond the judge will consider whether you pose a risk to the community or if there is a substantial risk that you will not show up for court. often times you can be released by signing what is known as a personal recognizance bond which means you are personally guaranteeing that you will appear at your scheduled court appearances. an experienced attorney can be very helpful at thebond hearing.

in many cases you are entitled to a preliminary hearing, however, you must ask for one or your right is considered waived. at a preliminary hearing the judge will determine whether there is sufficient evidence that you committed the crime you are being charged with. at your initial court appearance you must enter a plea of guilty, not guilty or no contest. if you plead not guilty you are entitled to a trial where the state will have to prove your guilt beyond a reasonable doubt. the consitution guarantees that everyone is considered innocent until proven guilty. Through out this process it is important that you have an experienced attorney by your side. If you can not afford an attorney, one will be appointed to you by the court.

HERE TO SERVE YOU IN YOUR TIME OF NEED 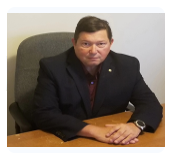 W. David Johnson is a seasoned Trial Attorney who has spent his entire legal career in the court room helping injured parties receive fair and just compensation, as well as insuring that people’s rights are protected when they find themselves in Criminal Court, Family Court or Magistrates court.

W. David Johnson’s office can help you with a variety of legal matters including personal injury, criminal law and family law/divorce. Of course many times people don’t realize what particular area of law their problem falls into so W. David Johnson encourages you to contact him today with any legal question or concern you may have. If he cannot help you, he can usually point you in the right direction.